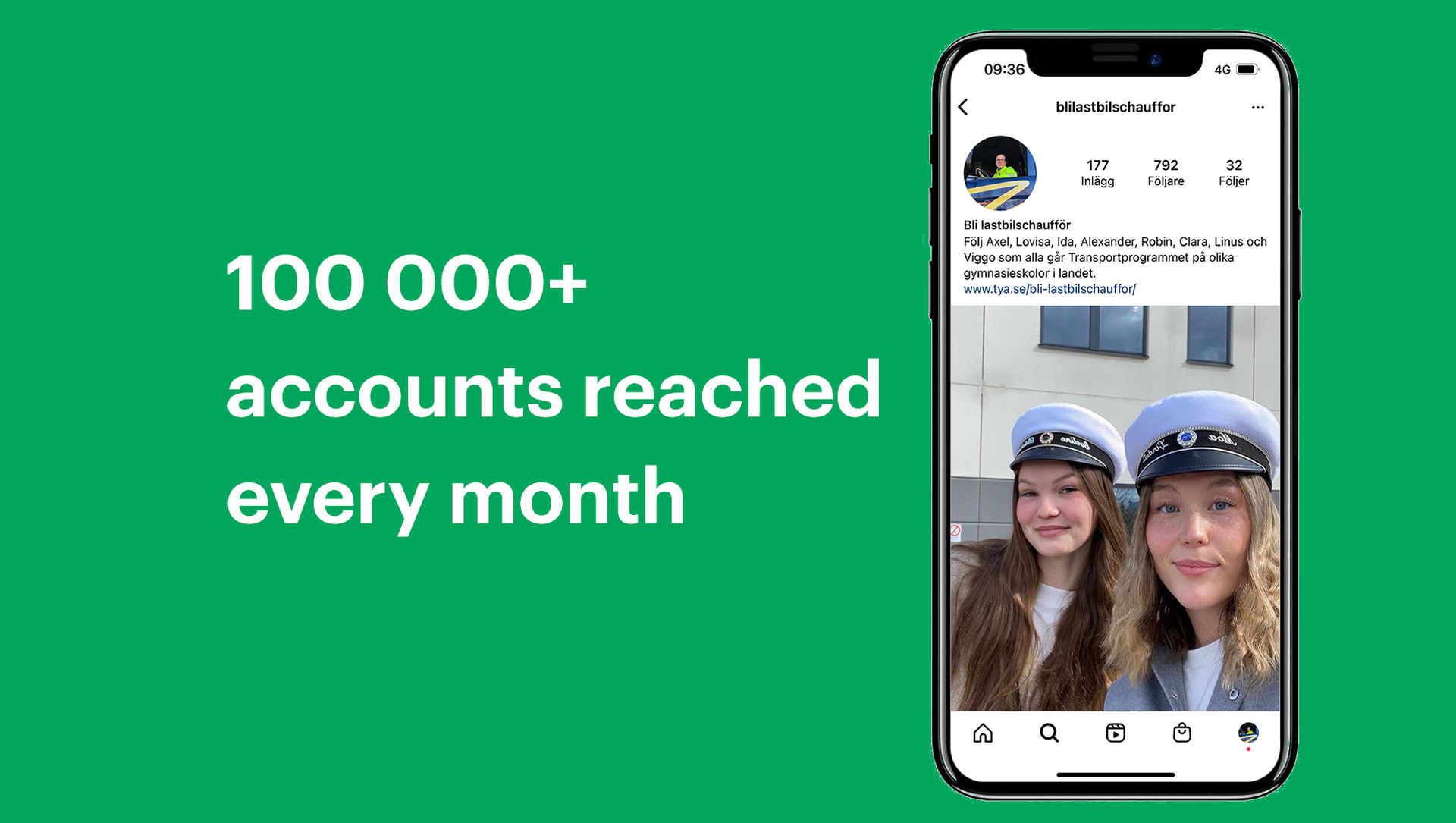 TYA (Transport Union’s Workplace and Environmental Committee) is an organization that educates and develops skills across the transport industry, both for high school students and adults. They were on a mission to attract more young people, especially females, and flip the negative perception that many have of the industry. “Let’s do it through social media,” we said. Here’s how.

Truck driving is a future profession, but to future-proof the industry TYA needed more young people - including more females - to take an interest in transport education before making their high school selection. TYA also wanted to change the faulty negative perception of the industry. So we thought, what if those who actually know the industry become truck driving influencers?

We developed the concept, “Become a truck driver”. Based on showing real students in real environments, it aimed to give a truthful picture of truck training. Because, who would know the experience better than students who already chose the degree? That’s why we turned these high school students into ambassadors. An Instagram account was established, @blilastbilschauffor, where young people took turns creating organic content. As a complement, we gave them several challenges to solve. This content was then turned into sponsored ads.

The primary target group consisted of young people, ages 13-16, who had not yet decided on a direction for high school. The ads were targeted to those with an interest in vehicles and engines, as well as people who might not have reflected on a career as a professional truck driver. This way, we created a “social first” campaign, knowing where and how to reach the target group, and most importantly, how to engage them.

The organic content received a lot of positive feedback, and the account grew with over 500 followers in just a few months. One of many highlights was that the content reached nearly 50/50 females and males – a gender equality figure that TYA, and the haulage industry in general, had a difficulty achieving in the past.

The ambassador campaign also spread in the broader media. Big players in the daily press, DN (Dagens Nyheter) and local press, interviewed the students and highlighted the fact that more females were now applying to the program.

We knew it would be a challenge to drive traffic via this young audience, and the Instagram Stories formats that were prioritized are not the ones that convert the most either. Despite this, the campaign achieved 19,400 link clicks – 102% more than initially estimated. 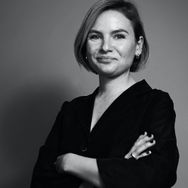